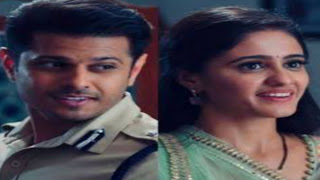 Virat and safety plan Pulkit and Devyani’s wedding but Bhawani is against it .

Bhavani and Pakhi drawing hands against the wedding while Pakhi Plots the nastiest  conspiracy  to prove sai wrong .

What pakhi does is quite hell shocking because she  plots  a fake letter of sangeeta which claim that pulkit came for revenge.

The deteriorating circumstances lead to virat and sai’s teary separation after all bhavani and pakhi prove that sai want s to hurt their family.

Poor sai fall deeper into the trap of pakhi and thus decides to give up.

Sai’s exit from chavan house is another huge shock for virat.

Virat doesn’t stop her because he believes in bhavani and pakhi .

However,  reality hits virat  only after sai’s exit.

Finally,  Sai’s exit being virat to the huge realization of his love for her.

Sai and virat broker relationship will see the mental breakdown of virat . it is already seen that virat has a very emotional side and when he regret sai’s  exit, virat slips into a trumatic state.

Will sai never return and pakhi Bhavani’s conspiracy will succeed in seprating Virat and Sai?